I’ve always been intrigued with the idea of searching for Georgia gold. Prior to the 1849 California Gold rush, Georgia had its own starting in the early 1830’s. While the Georgia gold boom was short lived, it’s still known today as having the purest gold ever found. My search started with a tour of the Consolidated Gold mine, traveling nearly 900 feet underground. From there, the journey continued to the Dahlonega Gold Museum located in the restored 1836 Lumpkin Country Courthouse, one of the oldest courthouse buildings in Georgia. We continued our walk around the old Dahlonega town square taking in the sites and few other interesting artifacts along the way. 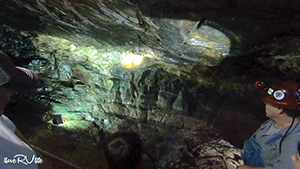 Consolidated Gold Mine hasn’t operated in over 100 years, but tours are offered every day into the largest hard rock gold mine east of the Mississippi. We had a great tour guide who offered not only the history of the mine, but life in general for the miners who worked the rich quartz veins for Georgia gold. The tour took us deep underground into the mine shafts where gold was mined, where gold deposits still exist, to the tools used and even how dynamite (without the boom!) blasted tons of rock to expose rich deposits of gold. 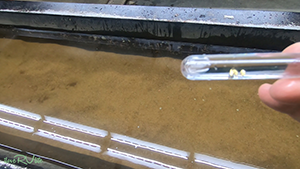 Leaving the mine, there is an amazing display of gem stones taken from around the mine and surrounding area along with beautiful jewelry created by the amazing artisans who work at Consolidated today. And adding to the fun, we finished our tour panning for gold. Dredge is brought from the bottom of the Chestatee River and my pan delivered 3 small nuggets. Maybe I didn’t strike it rich, but I had a ton of fun! 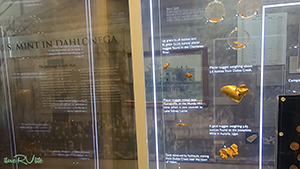 Our next stop was in the heart of the downtown square. The location of the restored 1836 Lumpkin County Courthouse now houses the Dahlonega Gold Museum. The beautifully restored building is made of brick from the surrounding area and is said to contain gold in each brick. Fitting now that the old Court House is home to the gold museum. The lower floor contains a number of historical elements from large gold nuggets, some weighing over 5 ounces, to an amazing collection of extremely rare gold coins minted at the Dahlonega Mint up to the beginning of the Civil War.

The upstairs offers an excellent video of the origins of the Georgia gold rush along with a view of life for the many miners and families during the late 1880s until the beginning of World War II when mining operations stopped. 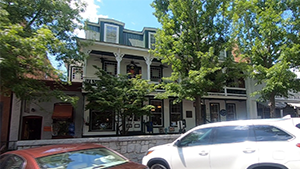 Our search for gold didn’t stop at the mines or the museum. Our walk along the square and side streets offered more history into mining. Many of the building built during this period still stand. Large scale mining implements are on display on the side streets.

Dahlonega offers a wide variety of shops, great dining options along with a number of tasting rooms from many of the fine vineyards located in the area.

I didn’t yell “there’s gold in them thar’ hills” but, I panned for a little gold, discovered a wealth of information and experienced a ton of fun while searching for Georgia gold in Dahlonega. 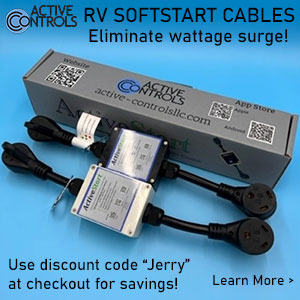 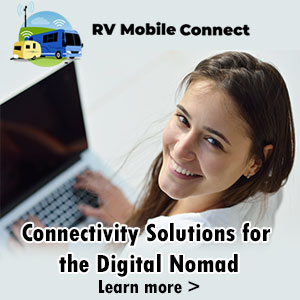